In city of Fukuoka and the surrounding area, there are some very famous shrines. The biggest one being Dazaifu Tenmangu （太宰府天満宮）, which is 1100 years old.

This shrine is for Michizane Sugawara（菅原道真）. He was one of the ministers, but he was demoted to Dazaifu in AD.901, which is the very gateway to/from mainland Korea and China. During that time there are records of attacks by Korean pirates.

See this map what I marked. Where is near of Korea and Southern of China. 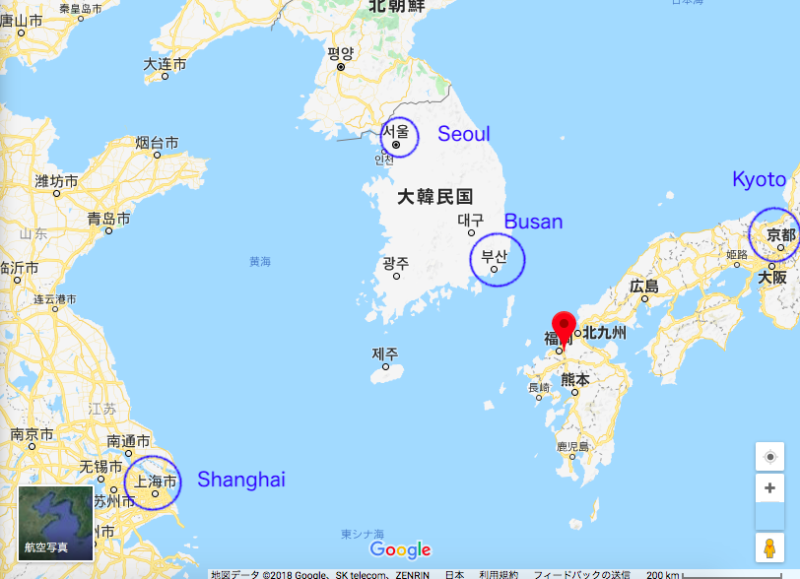 Michizane died in 903 (not killed). After his death, two ministers, the Crown Prince and the Prince’s son (who was also instituted as a Crown Prince) died suddenly, and many natural disasters, such as storms and earthquakes happened in Kyoto, which was the Capital of Japan in those days.

Now, Michizane is considered as a god for study because he was also a great scholar.

You can often see people preying at this shrine for help on their important examinations. 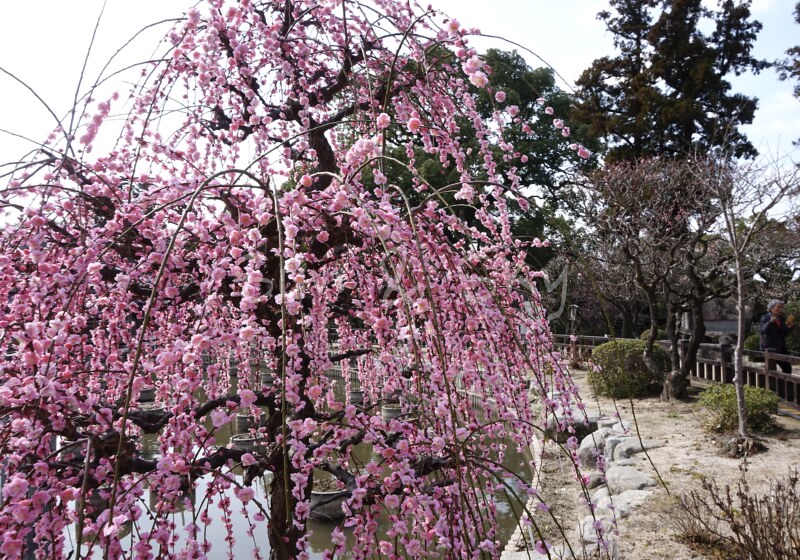 Traditionally, we Japanese are crazy about cherry blossoms (Sakura). However, before the boom of cherry blossoms, the major flower was plum (Ume) under the strong influence of Tang Dynasty, China.

Michizane loved Ume so much he had written poems about plum flowers.

There is a myth that after he was sent to Dazaifu, one of the Ume trees from his garden missed him so much it followed him from Kyoto to Dazaifu (I do not believe this!), it is called as “Tobiume”, meaning “flying ume tree”. This is the reason why this area is famous for plum flowers and they have a Ume orchard. 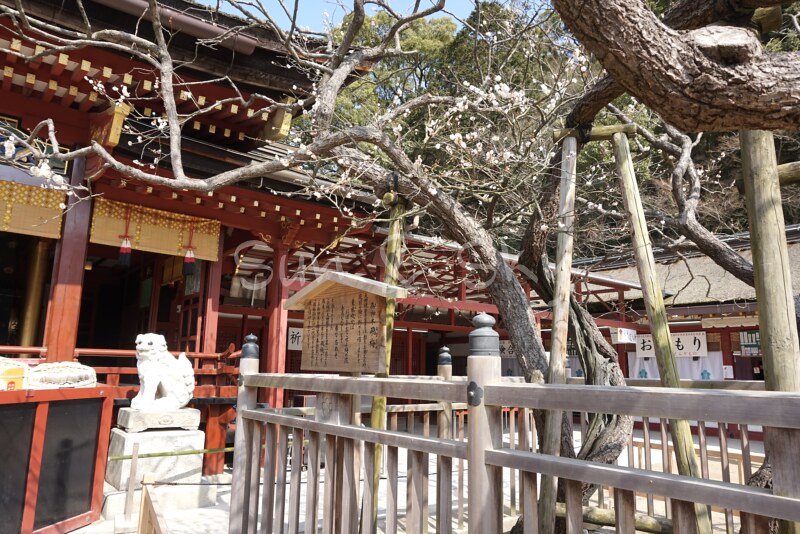 They insist THIS tree in the picture above is the very that Tobiume.

The top season for plum flowers is February to early March. 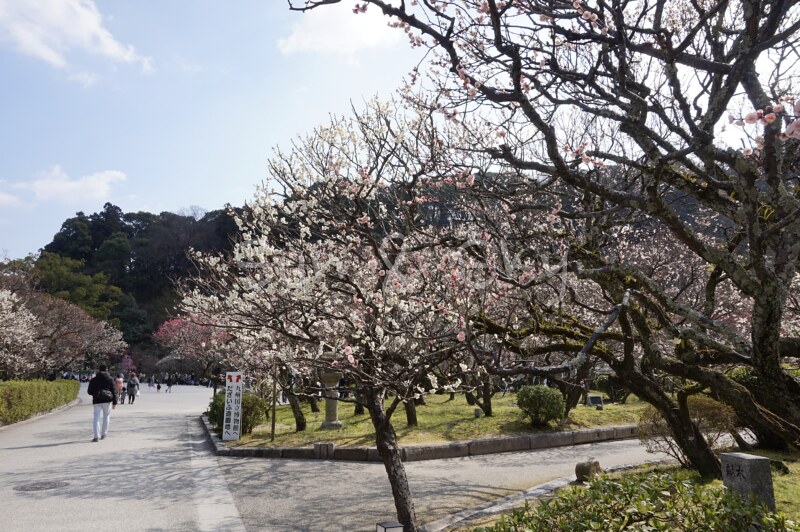 In 2019, it was late of Feb I visited, it was too late to see the top season of Ume flowers.

Other features of the shrine

There are many fancy features in this shrine.
Here is a gate before the shrine. 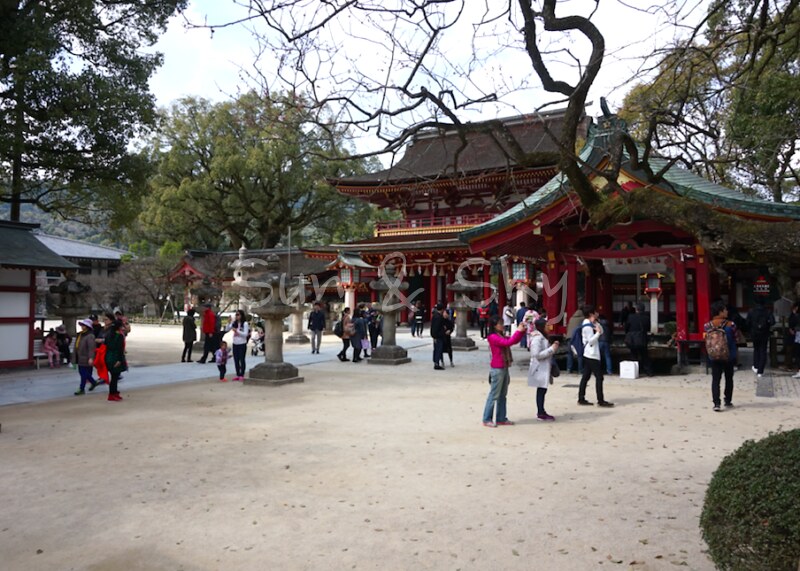 If you look to the right side, there is also a small building that is for washing your hands before you greet our gods. 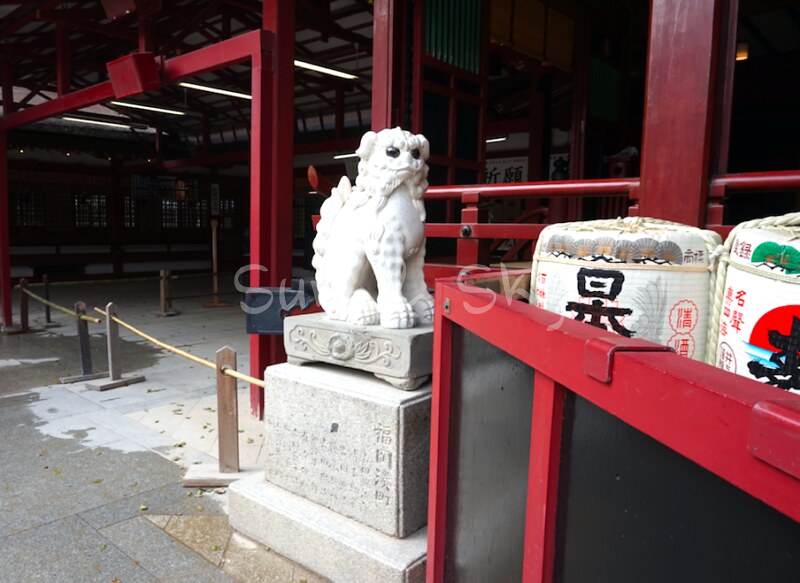 Komainu is a “friend” or “relative” of the Egyptian Sphinx. Japan is the very final destination of the Ancient Silk Road.

There are some other nice features like a small round bridge.

Sando (broadway to the shrine)

From the Nishitetsu Dazaifu Station to this Dazaifu Tenmangu, you will see many stores. 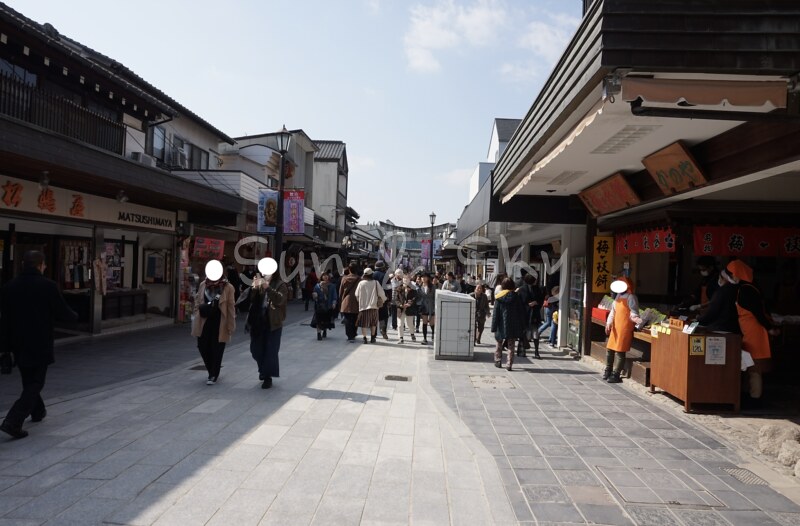 Starbucks is mimicrying to something in here, the architecture of this branch is Kengo Sumi (隅研吾).

If you are a professional photographer, you are not welcome to take photos in this shrine.

The Dazaifu Tenmangu is free to visit, but it is not only a private area, but also a sanctuary. Please respect it and be nice.

Also, there is kindergarten quite nearby. This kindergarten is run by this shrine. There are many kids are playing on the ground. I saw some (may be Korean) are taking photos of the kids, but I also saw “No Pictures mark” too. They are cute, but for their privacy, you should not take photos.

The Dazaifu Tenmangu is located in city of Dazaifu, Fukuoka prefecture.
How to get there by using public transportation: 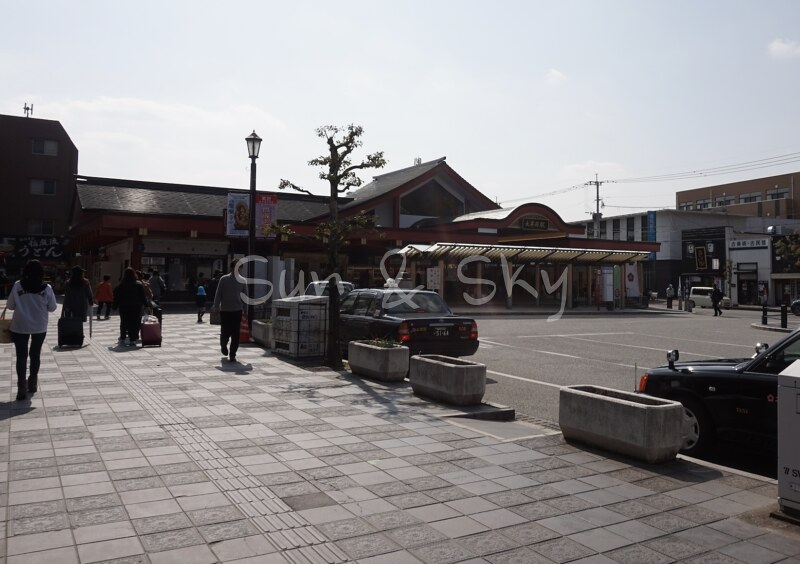 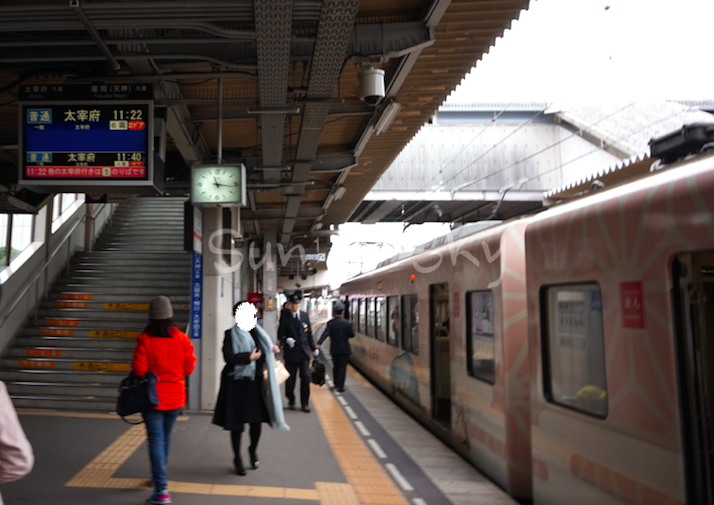 There are some direct trains from Nishitetsu Fukuoka Tenjin Station to this Dazaifu Station, but mostly you need to change trains in Futsukaichi Station.

Guess it is the most easiest way to go.

There are direct buses to Dazifu Sation from the JR Hakata Station, but it does not run often, and it is QUITE occupied even weekday. 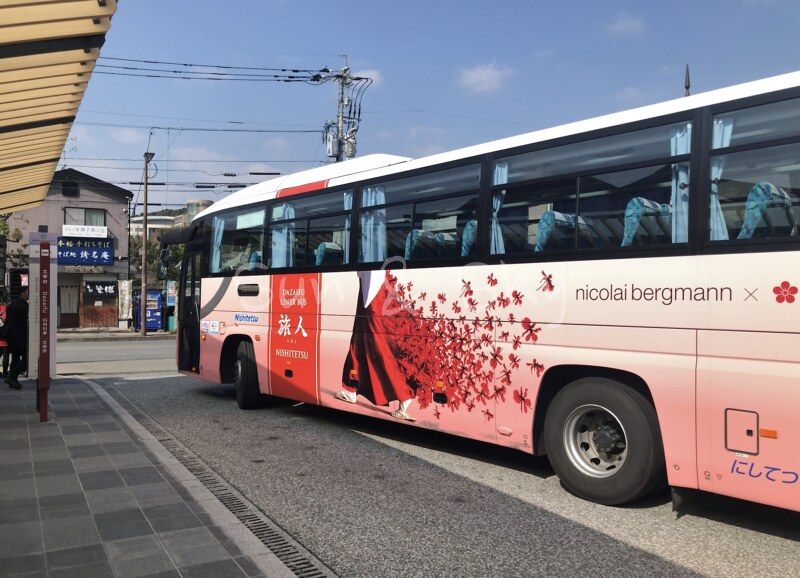 The bus brings you to Hakata Station, Fukuoka city via Fukuoka Airport. In Feb 2019, I had thought to take a ride from Hakata Station Bus Terminal to Dazaifu, but it was a LONG line to go. I had quickly calculated, and found I could not get the ride of the bus, and went to Tenjin Station by Subway.

In my return, I found that I needded to wait for the bus to Hakata Station for more than 30 mins. But the train was ready to leave within 5 mins. There are some train tickets, or discounted bus tickets, but they can be not always convenient.

You will see on the right side the broadway to this shrine. If you have any trouble finding it, please ask at the Information Centre in the station. They may have map or directions written in English.

Here is the link for the detailed map in English, it is by Kyushu National Museum, which is actually quite near this shrine.

f you want to visit this shrine easily, buy an optional tour. While it doesn’t allow you to stay in the area very long, you can enjoy two hot springs in one day!

In Dec 2019, I went to Miyajima. On that island, there is Itsukushima Jinja, one of the World Heritage Site in Japan. ...

When in Japan, do not be stingy with buying public transportation IC cards

In Japan, there are some rural area (like my hometown), there are many places you can not use IC prepaid transportation ...

I went to Ninna-ji (仁和寺) on Oct of 2018. This temple is the highest temple in the city of Kyoto. Emperor Uda founded ...
Sponsored links
Kyoto: Imamiya Shrine (今宮神社), do not miss to eat treats they are serving for 1000 years!
Osaka: First Cabin Kansai Airport is good with money
Home
Sight Seeing
Sanctuary --- Temples, Churches and Shrines
Sponsored links